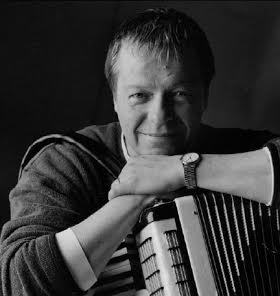 Meet the man who taught the world to spell “bologna.” He also helps Dorsey & Company to “find” sales with clever expressions of competitive advantage in memorable words and images. Larry and Julius Dorsey have worked together for many years as you will see, including successes for Gillette and McDonald’s Corporation. Among his many accomplishments in a distinguished career, Larry Walters created the well-known Oscar Mayer campaign, “My Bologna Has a First Name.” The song is still being used, and Larry is still creating iconic, enduring ideas for leading brands.

In 2002, Larry and his family moved to Austin Texas from Chicago, to join GSD&M in Austin as a Group Creative Director, leading and overseeing all of Chili’s Creative for 6 years. Before joining GSD&M Larry enjoyed an 18-year career at Euro RSCG Tatham in Chicago where he effectively oversaw 250 million dollars in business, including Red Lobster, Midas, Head and Shoulders, Vidal Sassoon and Clearasil. Prior to that, Larry was Creative Director/Producer for Adcom, creating memorable work for Celeste Pizza, Quaker Hot cereals and a host of new product launches. His career also includes experience as Creative Director at DDB Needham, Chicago where he developed the “Nobody Can Do It” campaign for McDonald’s. And he cut his teeth as a young Art Director at J. Walter Thompson Chicago working on Kraft, Gillette, 7-Up, and his well-known Oscar Mayer campaign.

What truly distinguishes Larry in the profession is his combination of conceptual and design talents. He has created well-known, enduring graphic identities for many international QSR and CDR restaurants his peers call him “The Food Guru”. Larry also possesses extensive, cutting edge knowledge of technology. He is an expert in almost all aspects of computer graphics and is regarded by his peers as a true pioneer in this area.

Before becoming an advertising success, Larry was a touring keyboard player in a rock band and a Marine who served in Vietnam. Although his rock and roll days are behind him, Larry still plays a pretty mean keyboard and also his ever so entertaining accordion.