Cleveland, OH (June 19, 2018) – Dorsey & Company  founder and president Julius C. Dorsey Jr. has recently been appointed to the Board of Directors of the Ohio Restaurant Association.

Dorsey was inducted for a three-year term along with four other new board members at the ORA summer board meeting held June 7 in Columbus.

Cleveland restaurant veteran, Sam Lindsley of Michael Symon Restaurants, was also elected as the 90th Chairman of the organization.

Dorsey’s appointment deepens the firm’s relationship with one of the nation’s largest food service and hospitality industry trade groups.  Last year, Dorsey & Company officially joined ORA as a Purveyor Member on the heels of a successful multi-phase research engagement that led to recommendations restructuring the association’s annual trade show.  The new show, now named the Mid-America Restaurant Expo, debuted in early 2017 to great success that continued in January 2018 Expo. 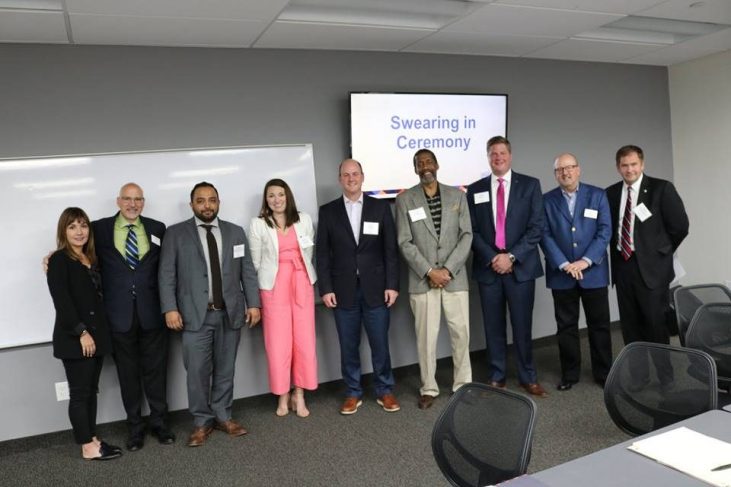 An ORA Purveyor Member is an individual or firm that supplies products and services to the foodservice ​industry.

“Working with ORA over these years has reinforced my belief from earlier in my marketing career that the hospitality and food service industries are as competitive as ever, and having a strong advocate and resource like ORA can only help operators advance their business,” Dorsey said.  “ORA aims to be a thought leader, providing members with insights, tuned to the particular and unique needs of restaurant operators. So, serving on the ORA board will allow me to make a real contribution to the success of Ohio restaurants.”

Dorsey and several other D&Co. Associates have held executive level marketing positions with many well-known food service corporations.  Dorsey served as National New Products Marketing Manager for McDonald’s Corp.  Among his achievements there were the testing and successful national launch of McDonald’s breakfast, Chicken McNuggets, and the McRib and McChicken sandwiches.

Other board members appointed last week are:

Based in Columbus, Ohio ORA is the only statewide organization with a full-time lobbyist and political advocacy program devoted exclusively to the foodservice industry.